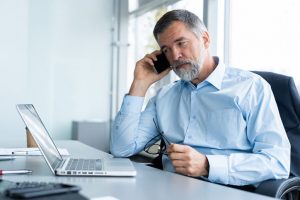 Whether working directly for the state or as hired guns called in to consult on cases and provide services on a contract basis, forensic psychologists are the trusted professionals the courts, law firms, police departments, schools, correctional and rehabilitation centers rely on for a better understanding and perspective on the criminal mind.

On any given day, forensic psychologists are performing mental health evaluations for the courts or correctional system…assisting attorneys in jury selection…providing dispute resolution and competency assessment services for the courts…performing background investigations for law enforcement agencies…and assessing and evaluating both offenders and victims of crime for civil and criminal cases. It’s a specialized profession that calls for specialized credentials (all must have a PhD or PsyD from an American Psychological Association (APA)-accredited doctoral program, two years of post-doctoral experience, and state licensure as a clinical psychologist). But in this field, the rewards of earning an advanced degree in forensic psychology make it well worth it.

What Exactly is Behind the Record High Salaries in Forensic Psychology

A Closer Look at Where Forensic Psychologists Are Earning the Most

A State-by-State Guide to Salaries in Forensic Psychology

What Exactly is Behind the Record High Salaries in Forensic Psychology 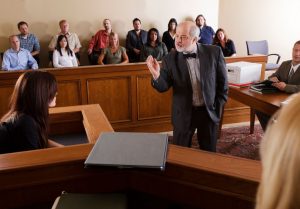 So, how is it that specializing in forensics offers psychologists a chance to earn far more than they could in just about any other area of clinical and applied psychology?

In a word: demand.

According to a report from the American Psychological Association (APA), psychologists working in settings where psychology and the law overlap are “in hot demand.”

Ever since 2001 when the APA approved forensic psychology as a specialty, interest has surged in the field, and today, nearly every part of the legal system relies on their expertise.

Working as an independent consultant is an attractive option, providing total control over the kinds of clients they work with and how they bill for their services.

Unlike most clinical psychologists, forensic psychologists aren’t reliant on insurance reimbursement to make their money, and they aren’t subject to the same kind of standard rate billing. They may very well bill their services on an hourly basis or accept retainers for taking cases, but those rates aren’t ever going to be processed for approval by an insurance company. And so their services go to the highest bidder, and in a high-demand field without a lot of other options to choose from when a law firm or law enforcement agency needs a forensic psychologist, those bids can go pretty high.

They also have the opportunity specialize and diversify their practice according to where demand in the field takes them.

Not only is earning a salary in the six figures possible in forensic psychology, but it’s also more common than you may think. According to the Bureau of Labor Statistics (BLS), forensic psychologists (categorized by the BLS as Psychologists, All Others) earned an average salary of $98,010 as of May 2021. The top 10% of earners in this field – likely those with extensive experience and specialized experience in specific areas of the legal system – earned more than $133,200 during this time.

A Closer Look at Where Forensic Psychologists Are Earning the Most 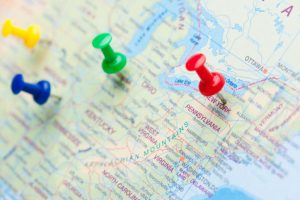 Based on BLS stats, some of the highest paid forensic psychologists were among those who worked as consultants, earning an annual average of $132,680.

Forensic psychologist careers working in private companies earned one of the highest average salaries, too, at $120,780, followed by those working for healthcare practitioners, who earned an average salary of $108,520. In the governmental sector, those working for the federal government earned one of the highest salaries, at $101,540. The federal government also came out on top as the largest employer of forensic psychologists during this time, representing about 60% of all jobs in the forensic psychology field.

A State-by-State Guide to Salaries in Forensic Psychology

As of May 2021, average annual salaries for forensic psychologists exceeded $100,000 in about half the states, with many of the remaining states reporting average salaries in the mid- to upper-$90,000s.

2021 US Bureau of Labor Statistics salary figures for psychologists, all other. Job growth projections from the US Department of Labor-sponsored resource, Projections Central. Figures are based on national data, not school-specific information. Conditions in your area may vary. Data accessed May 2022.